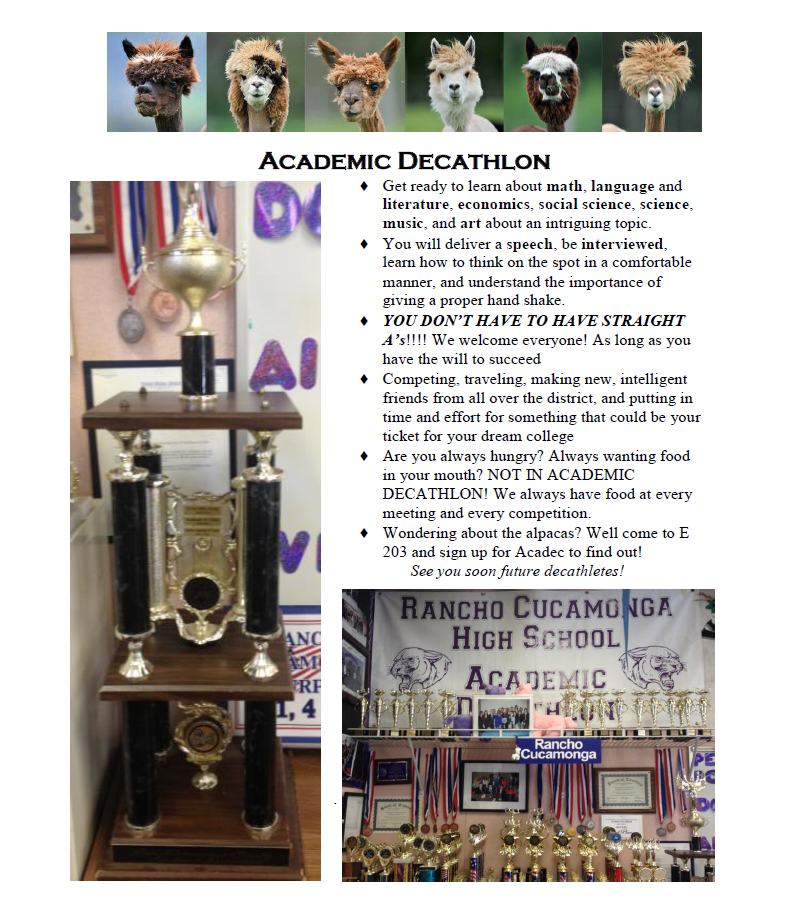 ACADEMIC DECATHLON: 6 REASON WHY YOU SHOULD JOIN

Since its inception, Rancho Cucamonga High School has fielded an academic decathlon team for the San Bernardino County competition. Its initial coaches were Karen Gerdes and John Nath. At that time the academic decathlon was a club, and students who wished to participate had to meet after school and on weekends. Starting slowly, Rancho’s varsity academic decathlon team eventually developed into a force to be reckoned with, vaulting into the top 5 for 15 of its twenty-one years of competition. Its initial team consisted of Sabrina Bow, Scott Shipley, Andy Wang, Manijha Kadir, Michael Mallari, Chanee Pruett, Amanda Gray and Nicole Stevens. Those students began a legacy that continues to the present. Since the 1999 – 2000 year of competition, Rancho Cucamonga High School’s Team Purple has consistently placed in the Top Five, spending 11 of its competing seasons in the Top 3.